Storyline Vector Character With Flip Chart Template. A well-designed elearning template would be a great choice to present the course information in a perceivable form. It contains 3 clickable round buttons invented to reveal the learning materials on a flip chart. A smiling male vector character is used to illustrate a course narrator. He is represented in two poses: standing upright next to the whiteboard and pointing at it with a right hand.

The interaction launches well on both PC and tablet. It is possible to build it into any Storyline Course Player you need. The Storyline Templates are among the most popular elearning samples and are widely used by elearning beginners and professionals. 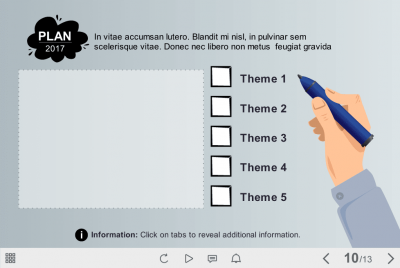 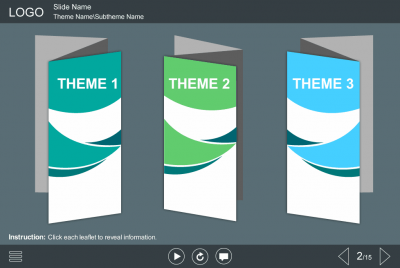 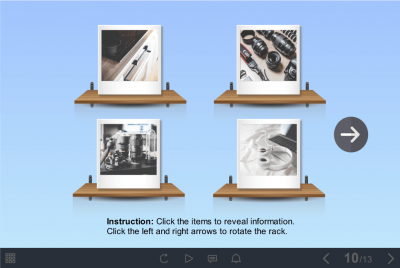 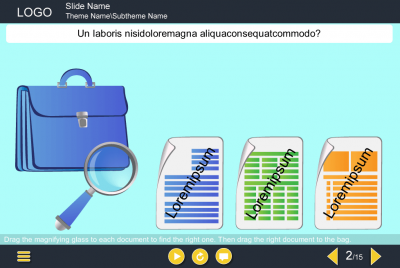 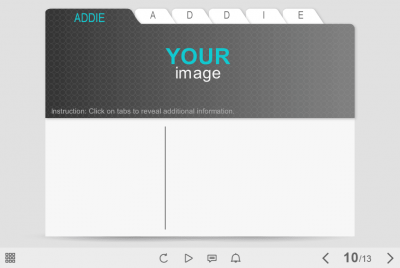 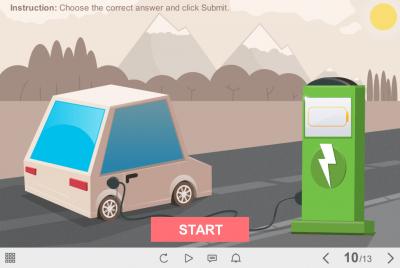 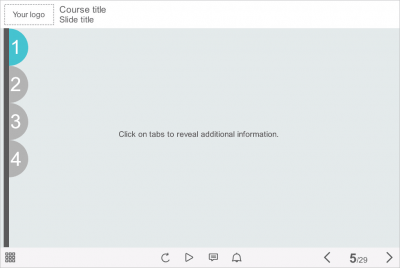 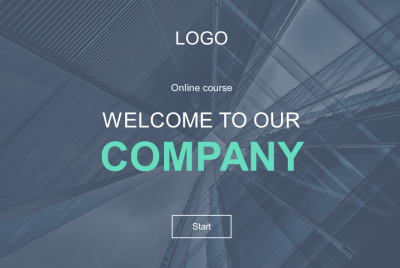 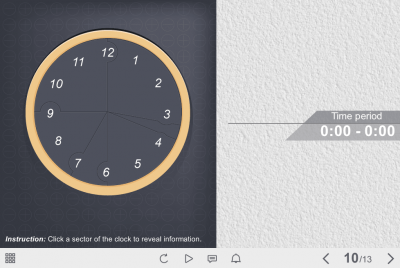 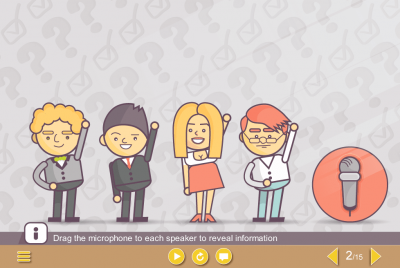 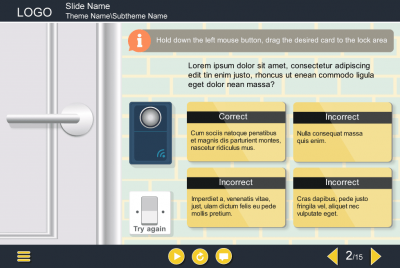